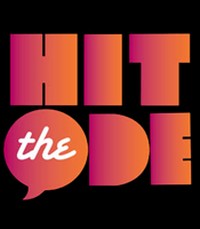 Hit the Ode, a monthly spoken word event organised by West Midland’s Apples and Snakes, returned last Thursday to prove that this is an event going from strength to strength. This month’s collection of open mic and featured poets consistently bowled the audience over with their humour, lyricism and raw emotion. The Victoria provided a resplendent setting; the intimate nature and dimly-lit room providing an evocative background for words that were even more powerful.

For those who are now regulars, Bohdan Piasecki is as much a celebrity as the poets he introduces. As a compere and poet himself, his obvious passion for the spoken word excites even the most cynical of audience members. The room was the most filled it’s been yet – an apt reflection of the growing popularity of Birmingham’s spoken word scene.

Advertised as ‘an eclectic mix of styles, voices and languages’, the night fulfilled just that. As the name suggests, open mics in any setting are a gamble. Apart from one crude and mediocre poet overcome by misogynism, however, the poets that performed were as worthy of the stage as those paid to be there. ‘Carys Matic’, an English teacher based in South Korea, humorously recited a poem about British stereotypes she’s often been expected to play up to on her travels. Ben Norris, a Birmingham-based student, excellently explored the connections one experiences with lovers and Grandparents alike, providing a humbling contrast to the more raucous poetry of the evening.

The first featured poet was Paul Murphy. An established resident of Birmingham, he is most-recognised as lead singer and punk poet of the band The Destroyers. Sharing his good and bad experiences of life with rhythmic rhyme, his words flowed instinctively. As was often the case throughout the evening, the audience were continually lulled in with humorous anecdotes and then left reeling at the sagacious and sombre moments.

Vanessa Kisuule, a multiple slam winning poet from Bristol, was the next featured poet. Speaking to her after the event she said that shy writers should not be deterred from the spoken word scene, as poets often use performance to hide the fact they aren’t prolific writers. From her recital, however, it was clear that Kisuule does not fall into this category. Her beautifully crafted metaphors were brought alive by her performance. With poems such as Little Red Bow, her honest and humbling account of a vulnerable friend, and Sandwich, a comic tale of OCD and relationships, the audience were moved from laughter to tears and back again.

The final highlight of the evening was the performance of New York City poetry circuit veterans, Jon Sands and Ken Arkind. Reciting their work alternately, the poets covered topics from a brother’s marriage to his male partner, to the ramblings of a woman on a New York subway platform. They captivated with beat, music, and poetry that obviously was anything but superficial. Possibly the best Hit the Ode yet, the bar has definitely been raised. There is no doubt that as talent continues to emerge, Birmingham has not seen the last of nights like this.